Your Tap Water Can Have up to 7 Cancer-Causing Contaminants

Posted at 10:28h in Blog, Water Filtration by Erin 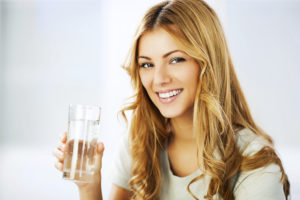 Finding out you have cancer is down right terrifying, you may experience a lot of different emotions.  Usually when these type of life changing situations arise we tend to make life altering changes.  Usually the first things people eliminate is the junk food, smoking, drinking alcohol, and limiting our sun and toxic chemical exposure.  However, most people don’t realize that our tap water in out homes may be secretly contributing to raising our risk of cancer.

When we turn on the tap, we often trust that the water that comes out is healthy and contaminant-free. Maybe that’s because state and local officials are always reassuring us that our tap water is ‘safe’ to drink. Even though tap water meets legal standards that have been set by the federal government still sometimes contains complex mixtures of contaminants, some of which may create a substantial risk for cancer.

You may hear the U.S. has one of the safest public water supplies globally, but the fact that Americans can develop cancer from drinking tap water tells us that ‘safe’ water isn’t always safe. Now, let’s explain the specific contaminants in drinking water that may increase the risk of cancer and how you can remove them from your tap water.

Arsenic is a highly toxic chemical element that naturally occurs in rocks and soil. Essentially, it is a byproduct of coal-burning, copper smelting, and mining. The chemical compound is a top driver for cancer in the U.S. and is particularly common in southwestern cities like Scottsdale, Tucson, and Los Angeles, as well as in the Northeastern and Great Lakes areas.

Like arsenic, high levels of nitrate in drinking water can be dangerous to health, especially for infants and pregnant women. The chemical occurs naturally in soil and air, but it is also found in many fertilizers used on yards, golf courses, and in agricultural production. Because of its widescale use in farming, the chemical is wreaking havoc on the drinking water quality in many parts of America, mainly in agricultural areas.

We come into contact with PFAS through the things we purchase, like stain-proof rugs, paper food packaging (like microwave popcorn bags and pizza boxes), fast-food wrappers, some types of dental floss, non-stick cookware, and more. If a product is waterproof or stain-repellent, like stuff with Gore-Tex, Teflon, or Scotchguard, there’s a good chance that it contains some kind of PFAS.

Adding chlorine to drinking water helps to kill bacteria and other organisms that cause waterborne diseases, such as cholera and typhoid. While chlorine is practical, affordable, and easy to administer, there have been growing concerns about the safety of adding such a toxic chemical to drinking water in recent years. The main problem with chlorine is that when added to regular drinking water, it combines with organic compounds in the water, which produce disinfection byproducts (DBPs). High levels of exposure to DBPs have been linked to bladder, liver, kidney, and intestinal cancers.

Chromium-6 is a cancer-causing chemical best known for its role in the notorious film “Eric Brockovich,” which documented the poisoning of drinking water in Hinkley, California. Shockingly, nearly 200 million Americans have been exposed to higher-than-recommended levels of this carcinogen through their tap water, according to a new report.

Aside from being a pollutant in drinking water, 1,4-dioxane is also known as a trace contaminant in some chemicals used in cosmetics, bubble baths, detergents, skin cleansers, skin lotions, and shampoos. Foods may also contain small amounts of 1,4-dioxane from some additives and packaging materials.

When you hear the term “radioactive elements” or “radionuclides,” the first thing that usually comes to mind is radiation, and ultimately, cancer. Radionuclides are both naturally occurring and human-made. Those that come from naturally occurring sources can get into groundwater and surface water. When they break down, they create radiation.  Radionuclides (such as some forms of uranium and radium) are a natural part of our environment, and small amounts of radiation are frequent in water, air, and soil. However, they can also be concentrated during extraction by mining and other industrial activities. Exposure to too much radiation can cause serious health problems, such as cancer.

What can you do remove all these potential carcinogens from your drinking water?

In general, tap water can be safer than bottled water. That’s because bottled water is less regulated than tap water. Most public water systems meet EPA’s standards for clean water. But since the agency only evaluates one chemical at a time instead of the full combination of contaminants, the 100,000 cancer cases that the EWG predicted could be possible under the EPA standard.

Installing a water filter is the first line of defense against carcinogenic pollutants in your drinking water, whether it comes from a private well or a public source. Installing a whole-house filtration system is what is best for your health and wallet.  It is a win, win situation.